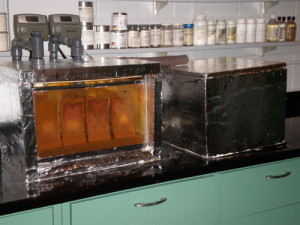 PPC Labs has been engaged in a comprehensive test program to evaluate Permox-CTF™, a coal-tar free, ceramic-filled, novolac epoxy and its suitability for use as an interior lining for ductile iron pipe and fittings intended for sanitary sewer service. This report is a compilation of our findings, intended as a visual overview of the test equipment employed and the results obtained.

In June of 2008, Permox-CTF™ was factory applied to three ductile iron pipes (two 18” diameter and one 24” diameter) at a nominal dry film thickness of 40 mils by an approved applicator for the major pipe manufacturers. The lined pipes were cured overnight then holiday detected to insure a continuous lining surface with no pinholes as per standard procedure outlines. One of the 18” diameter pipes was obtained by PPC Labs.

Upon receipt of the pipe, 3” x 6” test coupons were cut for testing with no sealing of the edges or backs of the coupons with a protective coating. Testing of the prepared coupons began on October 1, 2008. As prior results have been distributed on both the six and nine month evaluations our focus is placed on the final one year results including relevant impact test observations confirmed at the conclusion of this test. On October 2, 2009 testing was terminated and coupons were removed from test chamber. 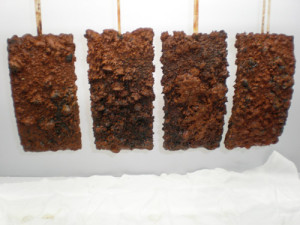 Unprotected side of coupons 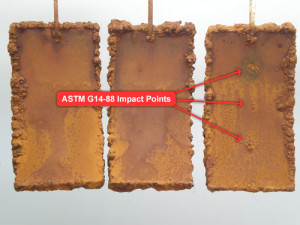 Lined side of coupons before cleaning 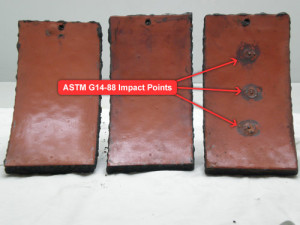 Lined side after cleaning 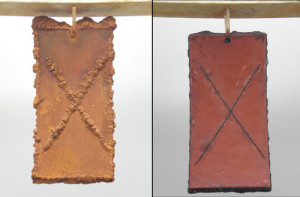